Thank you for your message. We will contact you as soon as possible. 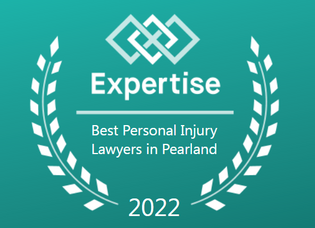 After graduating from Texas State University, Mr. Zier attended South Texas College of Law where he received the Dean’s Merit Scholarship and was on the Dean’s List.

Mr. Zier takes pride in fighting for the rights of seriously injured people and those that have lost a loved one due to the negligence of others. He believes that every client deserves an experienced, aggressive, dependable attorney that will fight for justice, no matter how rich or powerful the wrongdoer.

Mr. Zier is a member of the State Bar of Texas and is admitted to all Texas Courts, including the Texas Supreme Court.

James Zier recalls when asked why he became a lawyer, “Growing up, I didn’t know any lawyers. I thought lawyers wore suits and worked in tall buildings, but I didn’t really understand what they did. It wasn’t until I was older that I discovered that some lawyers help the little guy stand up to the big guy. That’s when I knew I wanted to become a lawyer." James Zier is passionate about the law and fighting for the little guy. “No defendant is too powerful or too wealthy to be held accountable for the serious injury or wrongful death of the little guy. I strongly believe that there is no greater honor than when a client trusts me and my firm to help them in their time of need. I fight for every client just as I would fight for my own family.”

Mr. Zier is an experienced Pearland personal injury and wrongful death attorney that is dedicated to helping individuals that have been wronged by others secure the just and full compensation they deserve. He will aggressively fight against the negligent individuals and companies that have caused your pain and suffering and hold them accountable.

Mr. Zier has been admitted to practice law in Texas since 2000.